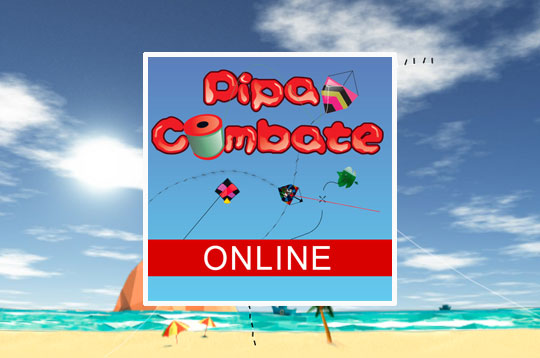 Your game is loading...
Pikes IO
Angry Snakes
Zombs Royale IO
3D Chess
HOW TO PLAY
HOW TO PLAY

Do you like Pipe Games? Then have fun with the Pipa Combat game totally online! Enter an addictive kite battle and beat all opponents by cutting the ropes of enemy kites. Choose the kite of your choice! There are several game modes. - Play Pipa Combate Free and Enjoy!

Pipa Combate is a kite simulator game developed by Maiworm Digital Strategy. Check out all the tips for playing this phenomenon online!

It is possible to participate in multiplayer competitions to compete in real time against up to 8 opponents. The game modes available in Pipa Combate are:

In the first three plays, they are competed against the computer, but in the next three it is already possible to compete with other players.

What is the best line of Pipa Combate?

The most used are Fine Iron Powder and Wood Glue mixed with Fine Glass Powder, but there are other options that work well, such as Wood Glue with Iron Powder.

How to cut all the kites in the combat kite?

How to play Pipa Combate?