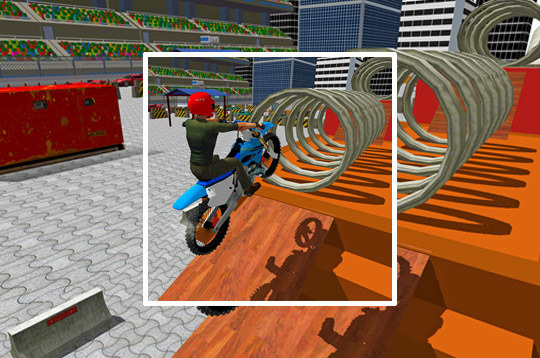 Your game is loading...
Moto X3M Bike Race Game
Do Not Crash
Extreme Bikers
StreetRace Fury
HOW TO PLAY

Dirt Bike Extreme Stunts is a 3D motorcycle racing game. Become a motorcycle racer and do lots of crazy and exciting stunts. Improve your driving skills by choosing your favorite motorcycle model, do the fastest and highest stunts to earn multiple points.

The game's setting is huge so you can jump and float your bike through the sky, reaching the top of the skyscraper and performing impossible stunts in real life. There are several amazing missions to choose from in Dirt Bike Extreme Stunts, good luck!

Use the arrow keys to drive the bike.