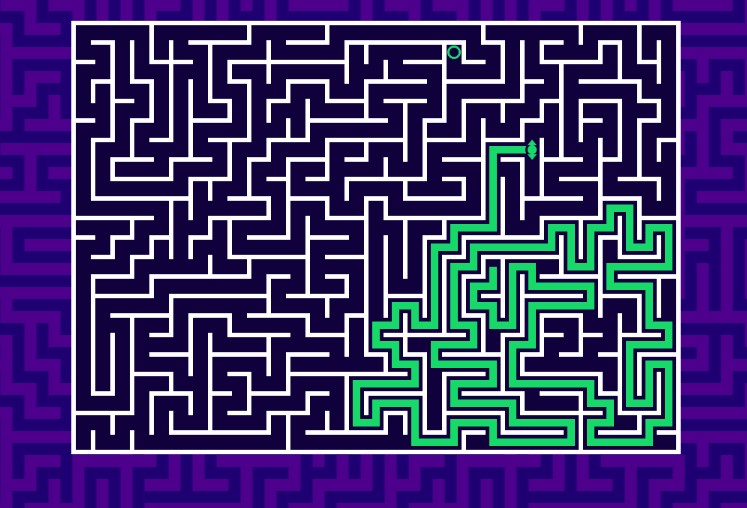 Labyrinths are legendary structures and are present in many cultures around the world. In some the mazes are considered something mystical and not just a construction with uncertain entrances that make it difficult for you to find a way out. Today we have labyrinths as hobbies in newspapers, but we also have fantastic maze games to play online.

If we search about labyrinths, we will have a lot of information and as I said this structure is part of many cultures. But I think the most famous of them is the appearance of the maze in Greek culture. Greek mythology features the famous Cretan Labyrinth, built by Daedalus. In history the maze was built to house a half-man and half-bull creature, known as the Minotaur. And for this monster were offered young people, who when entering the labyrinth could not find the exit and when faced with the Minotaur were devoured. The legend still says that Theseus was able to defeat the Minotaur and using a string of ball found the exit of the labyrinth.

The apparitions of the mazes in films

Two great movies that we had labyrinths as part of the central theme were Pan's Labyrinth and Maze Runner. I have not yet seen The Labyrinth of Faun so I do not have much to comment on this film, I know only about its popularity and the awards it won at the time of its release. Already on Maze Runner I can comment a little, because he is part of the group of my favorite films of fiction. In the initial plot young people are trapped in what appears to be the center of the maze. Every morning a door opens giving access to the labyrinth and they try to find a way out before the night comes, because that same door will close and horrible creatures appear in that labyrinth at night. This group of young people was composed only by boys and always a new member was sent there by an elevator. Before they were sent all their memory was erased. One day a girl was sent and along with her a note that this would be the last person they would receive. From that moment the plot begins to change and they will need at all costs to find a way out and discover that what looked like a Maze Game is something much bigger and scary.

Maze game as a hobby

Usually these games were found in newspapers or hobbyists. You must have seen, help our friend find his lost ball in this labyrinth or something. These Labyrinth Games were as successful as the Word-hunters. But with the popularization of computers and smartphones began to emerge digital versions of these games and that is why we are here :). Maze is a very complete and challenging Maze Game. It works on any device and you can play over the internet without downloading anything. So you beat that boredom or got that row from the bank? Let's play this hobby. Maze counts on three forms of game:

Where you can see the whole labyrinth and so try to find the exit.

Here you will see only a part around your character which will make it very difficult to find the exit.

You will receive a giant maze and you will have to find the exit as soon as possible. Try each time you play improve your time.

That's it folks hope you can have fun with Maze the Labyrinth Game that is a real challenge and have learned the information about labyrinths. I will leave the link of the game just below and do not forget to follow our social networks and receive many news and games to have fun.